Virginia could crack down on illegal evictions, if two lawmakers have their way

One tenant in Petersburg was suffering from a permanent respiratory disease when his landlord — in an effort to force him out of his apartment — shut off the power, crippling his nebulizer and threatening his life.

Another was locked out of her apartment in Fluvanna County for two weeks. She retreated to a hotel, ran out of money, and was forced to couch surf, which meant giving up her now-faraway job.

A third tenant near Richmond couldn’t pay rent because of the coronavirus-induced recession. Her landlord, after refusing to take government money earmarked to help renters during the pandemic, shut off her water. Then he called social services to report the woman for having her child live in a place without running water. Afraid she would lose her kid, the tenant gave the landlord what he wanted: She moved out and into a motel. Before she could return to get her belongings, the landlord threw them out.

Those kinds of illegal evictions are prompting two state lawmakers to draft legislation that would give tenants more power to go after landlords who skirt the courts and take the law into their own hands.

“An unlawful eviction occurs when a landlord disregards the court process and takes matters into their own hands — by removing the locks from someone’s home, by taking the door off the hinges, by turning off their heat. The penalty should be high so that no one ever does that,” Hudson said during a phone interview.

Ebbin and Hudson’s bills would also strengthen the law by all but forcing judges to hear unlawful exclusions within five days, recognizing the dire circumstances tenants are in when they file such petitions.

It’s a second effort. A new law went into effect on July 1 that allows judges, in illegal eviction cases, to hear only from tenants instead of waiting till both they and landlords could come to court. At a later date, judges pick up the case again and hear from both sides. But judges around the state have still been scheduling first hearings in such cases weeks, or even a month, later. Meanwhile, tenants are homeless or without essential utilities.

“Whole families are left without a remedy for weeks after they’ve been unlawfully locked out of their homes,” Marra said.

But some landlords do, illegally, in what are called extrajudicial or “self-help” evictions, which usually involve making the apartment unlivable in some way.

The number of illegal evictions increased from March through June, particularly of the poor, elderly, disabled, and people of color, several tenants’ rights lawyers said. During the early days of the pandemic, the state Supreme Court shut down Virginia’s court system, except for the most emergent hearings. Plus, federal and state tax dollars didn’t start pumping into tenants’ bank accounts until late June. With no money coming in from out-of-work tenants and no way to legally evict them through the court system, some landlords started doing it themselves.

Ebbin and Hudson said their bills will target the small number of landlords who flout the law to run roughshod over their tenants. 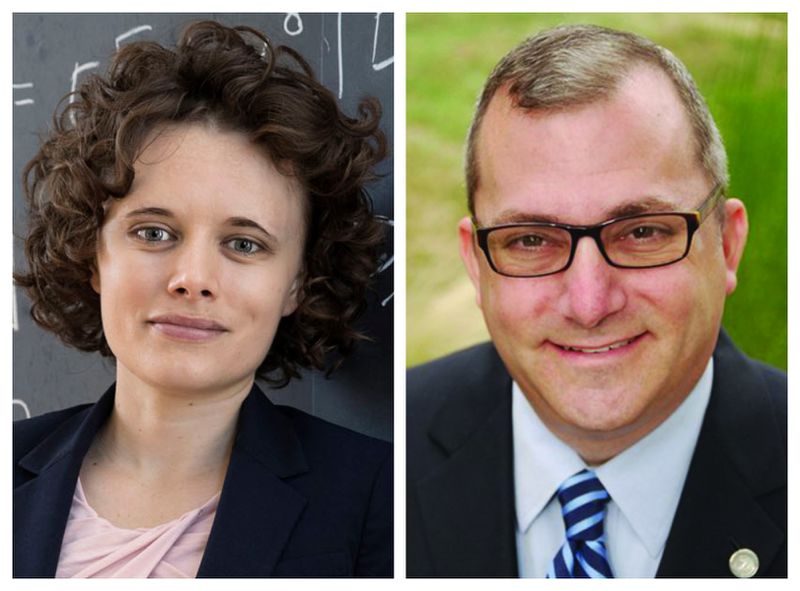 “(This bill) has nothing to do with reputable landlords. It has to do with those bad landlords who would try to...take advantage of a disadvantaged person while they’re down,” Ebbin said.

Patrick McCloud, CEO of the Virginia Apartment Management Association, said he can’t make definitive comments about Ebbins and Hudson’s legislation because he hasn’t seen it yet. But he doesn’t think he or the landlords who are his members would have a huge problem with it. In fact, McCloud said he was “massively opposed” to landlords doing things like cutting off power or running water to try to smoke out tenants.

“We make it very clear you can’t do self-help evictions,” he said. “We have no tolerance for that.”

Previous coverage: Why eviction rates in Hampton Roads are among the worst in the United States »

Current law allows tenants to recoup “actual damages” from landlords. Those might include the cost of staying at a motel, eating out, buying a portable heater, or replacing kitchen utensils tossed out by a landlord. But tenants don’t always get by after being evicted by spending money. Sometimes they cope by sleeping in their car, couch surfing, or just being cold.

“Actual damages” is too narrow a concept that doesn’t match the psychological and emotional trauma that comes from being robbed of your home, Hudson said. You can’t put a dollar figure on the suffering tenants endure, she said. What’s the cost of sleeping in your car for two weeks? For not having a door or heat? Of having to watch your kids suffer from losing their home?

Tenants often face a “proof problem” when trying to show a judge what and how much they’ve lost, said Ray Hartz, executive director of the nonprofit law firm Legal Aid Society of Southeastern Virginia. Someone who pays a friend $50 or lets them use their food stamps card to crash at that friend’s apartment isn’t going to have a receipt to show a judge.

And more generally, the cost of replacing stuff like clothes, furniture, pots and pans is more than what the used, depreciated originals were worth. “Tenants tend to lose in (the actual damages) system,” Hartz said. “They’re not going to be able to replace the stuff they had with the money they receive.”

And the person who’s forced to sleep in their car, in the park or on the streets with their kids, even if they are able to prove that to a judge, hasn’t had to pay anything or lost anything they once paid for.

Hudson mentioned the woman from Fluvanna whose landlord locked her out of her apartment for two weeks. A judge eventually ruled the landlord had to pay her damages, but also terminated her lease. The money was a fraction of what she’d had to shell out to make do. And now she was out of a job and her home. $700 is not nearly a harsh enough penalty for what her landlord did and what she went through, Hudson said, adding that not all tenants who are illegally evicted go after the offending landlords. Most don’t. They don’t know that’s something they can do, don’t want to bother going through the rigamarole when they have more pressing things to deal with, or don’t have access to a lawyer.

“So there’s just a lot of (landlords) who face no real chance of being punished,” the delegate said.

Data from across the state backs up Hudson’s hunch. An average of 354 people filed “tenant’s assertions” in each of the last 12 years, for a total of some 4,250 cases over in that time, according to a Virginian-Pilot analysis of records from Virginia Court Data, a private group that makes case records searchable statewide since the state court system doesn’t. But it’s not clear how many of those are unlawful exclusions because those aren’t the only things categorized as “tenant’s assertions” by court officials.

Meanwhile, eviction filings in the state normally top 100,000 in any given year. In 2016, for example, landlords sued tenants for eviction roughly 146,500 times, according to data from the Princeton Eviction Lab. In that same year, 503 people filed tenant’s assertions, The Pilot found.

Hudson and Ebbin said, they want to increase the penalty so landlords think twice before ousting tenants on their own, “so that the bad actors who do this can’t just think of it like the cost of doing business. Many other states impose harsher penalties: about two or three months’ worth of rent, Hudson said, adding that she thinks lawmakers around the country should strengthen tenants’ rights.

Hartz used to work in Arizona, where landlords got hit with damages equal to two to three months’ rent for locking tenants out, even if it was just for an hour.

“That was a very effective deterrent,” he said, “and you saw very few lockouts.”

Stopping evictions has been and will continue to be crucial in fighting the pandemic, Hudson said. A recent study found evictions are linked to coronavirus deaths and cases, and are thus fueling the spread of the virus. Last month, a team of researchers released a report after studying 44 states that enacted eviction moratoriums. States who lifted their moratoriums earlier had roughly twice as many cases as those who waited, and coronavirus mortality death rates were 5.4 times higher.

Those effects don’t hit everyone evenly. Like evictions generally, illegal ousters are disproportionately hurting those who are most vulnerable: the poor, people of color, workers with jobs in the service sector, Hudson said. More than half of the households who’ve received taxpayer money to help with their rent or mortgages are Black (52%), while 33% are white, according to the most recent data from the state Department of Housing and Community Development.

And children. Nearly half of the 34,000 people living in households that have received money from the state’s Rent and Mortgage Relief Program — 45% — are under 18.

Eviction bans don’t get at the underlying problem: Tenants simply don’t have the money to pay their rent, advocates say. That’s where the Rent and Mortgage Relief Program comes in. Since it started in the early summer, $41 million in taxpayer money has gone to tenants and homeowners through the program. And the amount being paid out has risen exponentially.

Previous coverage: An eviction ‘tsunami’ in Virginia could be coming after the new year, advocates warn »

Officials paid out $5.6 million in the two-week period that ended in early November, the largest amount in the program’s four months. In the next two weeks, they paid $9.6 million, a 74% increase. That dipped to $7.6 million in the most recent two-week span that ended on Dec. 2.

But housing advocates say they see no signs of the need slowing down, pointing to massive backlogs in their system. State officials have doled out money to 13,300 households but have payments pending to 7,500 more — a backlog of more than half of what they’ve done so far. Some experts have pegged the amount of back rent owed nationally at as much as $19.8 billion and expect it to grow to as much as $24.4 billion by next month.

The future of eviction bans and rent relief are unclear. The state Supreme Court’s ban on evictions ended for good in September, and other state and federal protections also have expired. In early September, the Centers for Disease Control banned many evictions, so long as tenants made less than $99,000 a year and signed an affidavit under penalty of perjury swearing they couldn’t pay rent or had lost money during the pandemic. That moratorium expires on Dec. 31, a deadline that led state lawmakers to step in last month.

The most recent protections came last month when Gov. Ralph Northam announced that landlords have to give their tenants 14 days notice before suing to evict them, instead of the normal five days. Plus, starting on Jan. 1, the new law forces landlords, not tenants, to take on the burden of applying for state money that can be used to cover back rent before trying to evict.

Hudson said this bill is just the beginning of what she plans to do on evictions, specifically, and housing policy, generally.

“Virginia has some of the least tenant-friendly eviction laws in the country,” she said. “This is just one of the many things that we can do to put landlords and tenants back on even footing.

“And so this is overdue work. And there’s a lot of it.”